Our Vision is Your Vision: PM We Care Supports Life-Changing Eye Surgery in Benin, West Africa

Imagine a hot, humid morning in Parakou, the largest city in northern Benin, West Africa. An endless red dust road, lined by street vendors selling gasoline and fruit, leads to a green and white hospital building. Inside, a little girl is opening her eyes to see her parents and the world around her for the first time in her life.

The girl, six-year-old Yasmine, was one of the first young patients to receive life-changing eye surgery at the Hopital Ophthalmologique St. André de Tinré (HOSAT). It is not only a medical hub for the people of Northern Benin, but also for patients from the neighboring countries Nigeria, Niger, and Togo. However, the hospital lacked suitable rooms, essential equipment, and supplies for the examination and treatment of children. Thanks to the support of PM-International and others, the existing hospital could be renovated and expanded to help young patients regain their eyesight.

Globally, it is estimated that at least 2.2 billion people have a vision impairment or blindness, of whom at least 1 billion have a condition that could have been prevented or has yet to be addressed. The poorer your country, the more likely you are to be affected.

The most common cause of blindness in children in developing countries is congenital cataract. In many cases, we cannot determine the exact cause. It is suspected that many children are suffering from malnutrition, among other things. Cataract can be cured by a relatively easy medical procedure. However, eye surgery in children to remove the opacity of the lens requires more effort than in adults. The treatment, but also the preliminary examination and diagnosis of cataract and other eye diseases are more difficult. Children are not able to collaborate as much as adult patients. Often, they need to be treated under anesthetic. Although more than 40% of the population of Benin is under 15 years old, special eye treatment for children has not been available in the country – until now. 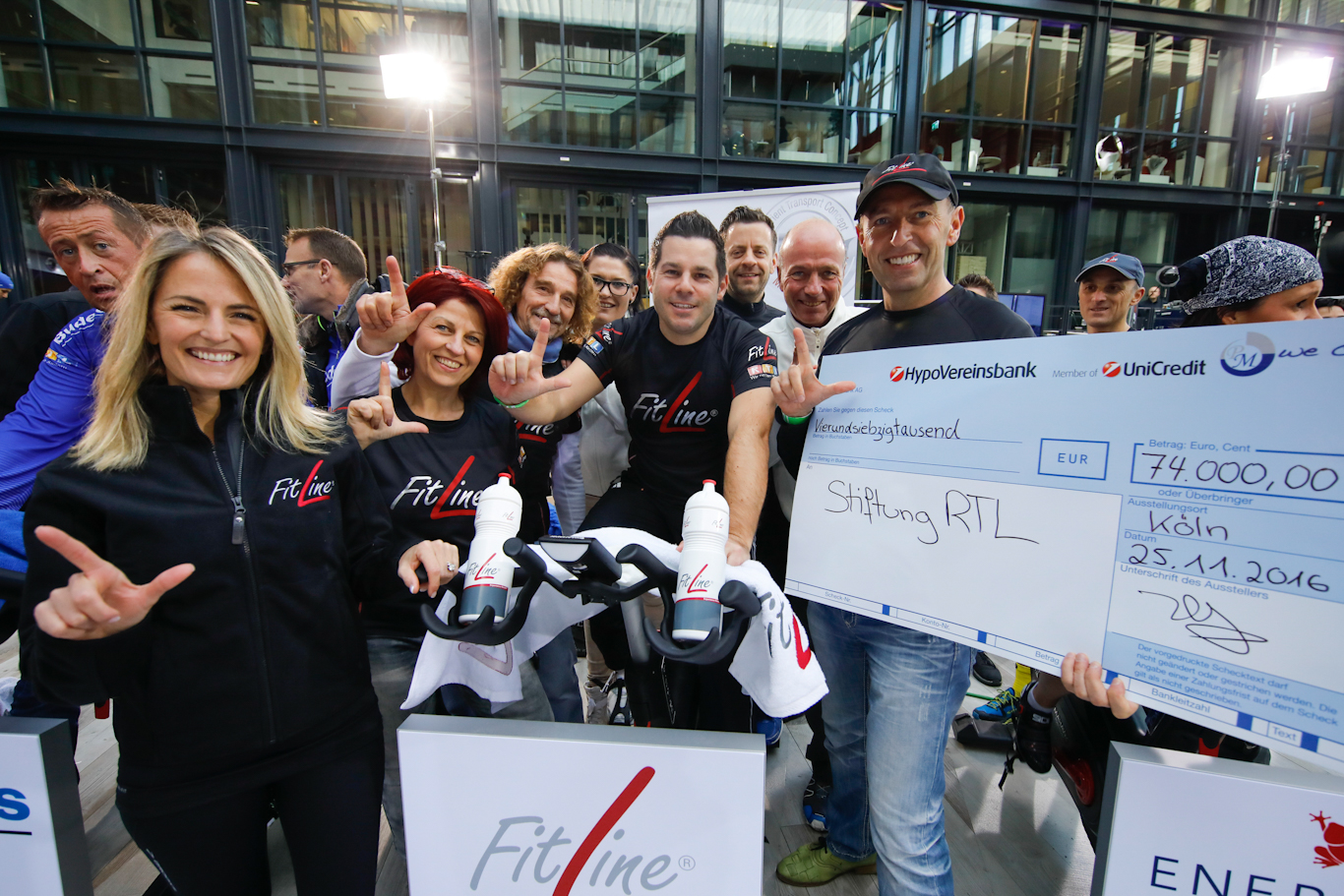 In late 2016, a FitLine team took part in a “24 h Bike-Challenge” for charity, organized by “Stiftung RTL – Wir helfen Kindern”. The charity foundation belongs to German TV station RTL. In total, PM-International donated 74.000 euros as one of the main contributors of the event. The donations contributed to the upgrade of the HOSAT hospital, coordinated by the NGO Christoffel-Blindenmission (CBM) and Lions Germany.

In August, Liz Nelson-Beer from the PM We Care team travelled to Parakou, Benin to attend the opening of the new hospital unit and convince herself of the progress of the project. During her visit, she met two of the first patients and their families, namely six-year-old Yasmine and nine-year-old Rhamdane. Yasmine was blind in both eyes. Most probably, she was born blind, but her condition was first realized when she started school. Despite her disability the little girl with the big smile did a great job in finding her way around. Rhamdane was beaten by his school teacher so badly that he turned blind in one eye. To make matters worse, this incident caused him to miss a year of school, taking away his one shot at a better future.

Liz was able to witness both children opening their eyes for the first time after their surgery. Both started to see shapes and shadows and will hopefully regain their sight while they are recovering from the treatment.

As always at PM We Care, it’s important for us to help people to help themselves. The donations by PM-International and other partners were not only used to build and equip the new hospital unit, but also to train the local staff, among others in anesthesia for children. This is to ensure a sustainable development and have the hospital running on its own once the project is completed by the end of the year. Already today, the unit is run by local eye specialists.

In order to make sure that even the youngest patients benefit from the new facilities, a new registration process was set up, including the training of community health workers. They help to register the patients, test their eye sight, and hand out medication before referring them to the hospital for further treatment. With voodoo cult still enjoying huge popularity in Benin, health workers also are responsible to spread valuable knowledge about prevention and treatment of eye diseases. Even today, many parents are reluctant to take their children to a modern doctor and would rather consult a traditional witch doctor.

With the new hospital unit, things look brighter for the children of Benin. But still, there is a lot to do. At PM We Care, we work every day to realize our vision of improving the living situation of children in need worldwide. Read their stories here!

This website uses cookies to improve your experience while you navigate through the website. Out of these, the cookies that are categorized as necessary are stored on your browser as they are essential for the working of basic functionalities of the website. We also use third-party cookies that help us analyze and understand how you use this website. These cookies will be stored in your browser only with your consent. You also have the option to opt-out of these cookies. But opting out of some of these cookies may affect your browsing experience.
Necessary Always Enabled
Necessary cookies are absolutely essential for the website to function properly. These cookies ensure basic functionalities and security features of the website, anonymously.
Analytics
Analytical cookies are used to understand how visitors interact with the website. These cookies help provide information on metrics the number of visitors, bounce rate, traffic source, etc.
SAVE & ACCEPT